BOCA RATON – Pickleball enthusiasts arrived shortly after dawn to be the first to play on Boca Raton's newest courts.

“It's great to see folks out here first thing in the morning breaking the courts in,” Commissioner Bob Rollins said. “I'm sure it's just going to get bigger and bigger.”

Attending the opening before heading to work, Rollins christened the new courts by hitting a few ceremonial first shots.

Moments later the courts were flooded with players.

“I think it's great for Boca,” said Carl Foster, host of Fox Sports Florida's Inside World Pickleball. “The courts are beautifully set up. They did a good job with the court surfaces. They play well. I like the fencing. I like the high backdrops, the wind screens. It's everything a pickleball player can enjoy.”

Contractors installed the fencing that separates each court on Saturday, allowing the District to meet its goal of opening the courts on March 1.

“This one pushed right out,” said USA Pickleball Association ambassador Raul Travieso, a staunch advocate for the project. “We thank the commissioners for that.”

The pickleball courts follow the same hours of operation as the tennis courts, opening at 7:30 a.m. every day of the week. They remain open until 10 p.m. Monday through Thursday, 9 p.m. on Friday, 6 p.m. on Saturday and 5 p.m. on Sunday.

“The beauty of the Patch Reef Tennis Center's pickleball courts is that they're lighted, so at night students can play, the working man and woman can come out and play at night,” Travieso said. “So it's just wonderful.”

The tennis center has certified pickleball instructors who can provide lessons, and the pro shop now carries pickleball equipment.

As the sport of pickleball continues to grow both locally and nationally, District commissioners are already discussing the potential of adding more courts within Boca Raton.

“It looks like it's a real popular game. I'm sensing these courts are going to be packed from 7:30 a.m. probably until they close in the evening,” Rollins said. “That's good. That's what we want. We want people to recreate. Our business in the Beach and Park District is recreation.” 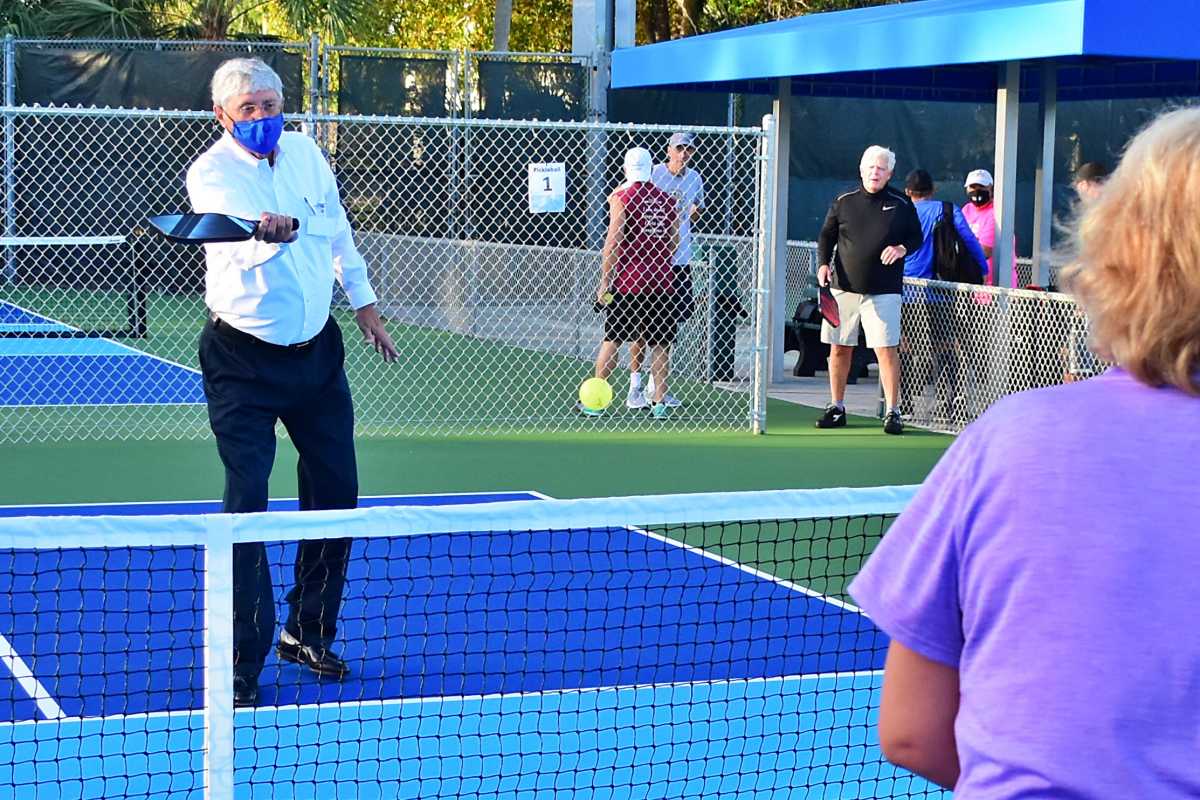