The District formally submitted those Boca National design plans to the City last week with an eye on a completed project by 2025.

“(The City of Boca Raton) wanted to see a fiscally responsible project that would also provide a quality golf course,” Harms said. “On Friday I sent over our design approval request along with a five-year budget in hopes that they will approve the design concept and let us move forward with this project, as we have committed to doing, without further delay.”

The District voted unanimously on Jan, 21 to decline the Council's latest Interlocal Agreement and proceed under the one that's been in place since 2018. Operating under that agreement, the District voted to self fund construction of the approximately $14 million Boca National project and send the Price/Fazio design to the City for approval.

At that same meeting the District elected to submit five potential plans for the National Golf Foundation, segmented into fiscal-year phases, for analysis as to which plan would yield revenue the quickest.

“We are not asking for any financial contribution from the City,” Harms said. “If they wish to participate it will expedite the project timeline, but with or without their financial assistance a quality golf course will be open in east Boca as was committed to our residents and golfers.”

The City of Boca Raton is currently in the final stages of selling its municipal golf course to a developer, a sale that will leave the community without a regulation 18-hole public golf course.

Harms offered several suggestions as to how the City can partner with the District to shorten the Boca National timeline, thereby leaving residents without a public golf course for as short a time as possible.

"The most important thing the city can do to get this golf course moving forward is commit to approving the design," Harms said.

Located on the former site of the Boca Teeca golf course, later known as Ocean Breeze, Boca National will include a championship 18-hole golf course, an 11-hole short course, a putting green, a driving range and infrastructure buildings.

The final phase in all five of the plans under consideration is the construction of a tunnel underneath Second Ave. that will safely allow golf carts and maintenance equipment to pass underneath the oft-traveled road without halting automobile traffic.

The District requested that the Council approve the design within 45 days. 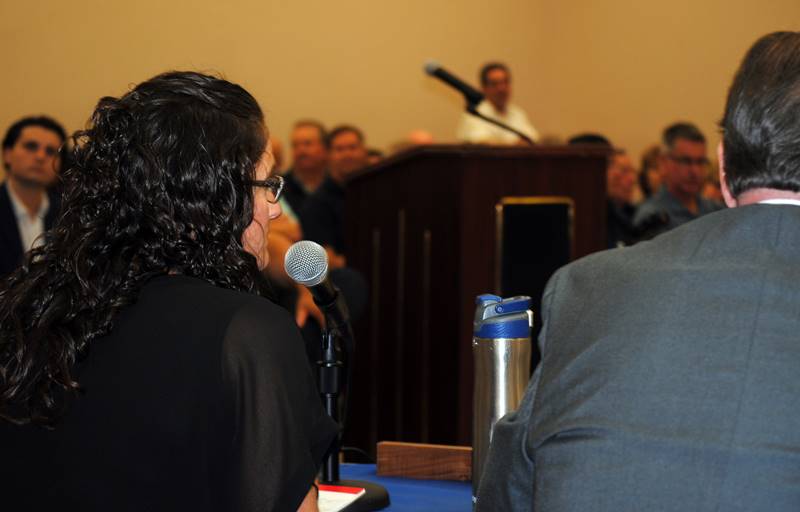